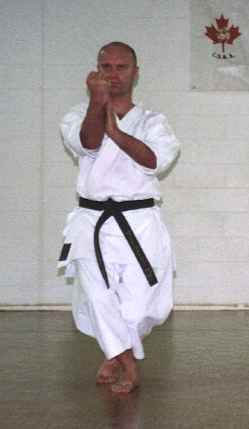 Sensei Robert graded to Godan in 2013. He is also a Level A National Official. Sensei Robert has achieved success in competition, and he has international coaching experience. He was the Seniors Champion in both Kata and Kumite at the AJKA 28th invitational Tournament, Riverside, California 2000. Sensei Robert also has a number of WSKA championships as part of the Coaching team (2001 through 2013). Sensei Robert is a National Canadian Coaching Program certified Level 1 Coach.
Sensei Robert no longer lives in Fort McMurray, however he is still active with our club. Don't be surprised when he shows up at class.
Paul Wohlgemuth, Sandan.  Instructor and Club Treasurer. 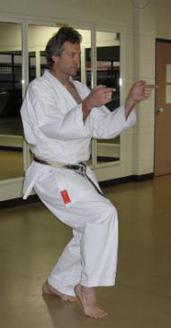 Sensei Paul has a lenghty competition record, culminating in three appearances as a CSKA team member at the WSKA Championships.  He was the team captain for two of these. Sensei Paul achieved his Sandan rank in January 2005.

Sensei Paul has also a certified coach through the National Canadian Coaching Program.

Josh started his Karate training with our club.  He trained in Edmonton after finishing high school.  He achieved Shodan while training in Edmonton.  He graded to Nidan in mid 2017.  Josh is committed to studying Kata, and his goal is to know all the shotokan kata.  Josh regularly fills in for our main Instructors.

Mohammed started Karate training in early 2014, and reached Brown Belt in January 2018.  He has taken on the challenge of teaching our Beginner Kids program, and is the regular Instructor for the Thursday night class.  His passion for Karate is apparent at every class.